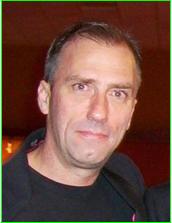 For 25 years Val Anderson’s unique and award winning voice talent has appeared in film, video games, TV, radio, and the internet – even cartoons and toys. His President Obama impersonation is the very best in the business!

Val Anderson has been in the media as an actor, news anchor, announcer, narrator, impersonator, show host, sidekick, impersonator, comedian, producer, and director.

While in production for a series of commercials for an international  company called “EVCOMM”, Val’s “angry Maitre D”  character had the film crew (and Val) in stitches! Here are the hilarious out-takes from the shoot